A passion for helping the injured get justice 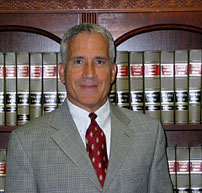 Houston attorney Albert M. Hassler is a board-certified personal injury lawyer and named partner of Smith & Hassler, which he co-founded in 1989. His passion for representing injured Texans and their families was fueled when his sister was killed in a tragic truck accident by an overweight 18-wheeler in November 1988. Since that time, Attorney Hassler has worked tirelessly to fight for families impacted by the negligence of others.

A graduate of Boston University School of Law, Attorney Hassler is licensed to practice in four states: Texas, Nevada, Oklahoma, and New Hampshire. Attorney Hassler has handled litigation in several different states around the country.

In 1990, the Texas Board of Legal Specialization certified Attorney Hassler as a specialist in personal injury trial law. Attorney Hassler also served on the faculty of the University of Houston Law School as adjunct professor of Civil Trial Advocacy from 1989 to 1992 and is a member of numerous legal organizations, including the Houston Trial Lawyers Association and ATLA.

Attorney Hassler attended the U.S. Naval Academy from 1970-1974 and served in the U.S. Navy from 1970-1976. He has received numerous awards for his service to the legal profession and the community, including a Special Achievement Award from the Texas Head Injury Foundation for his work with head injury clients.

In his personal time, Attorney Hassler enjoys biking and backpacking with Jan, his wife of 25 years. He and Jan are also active in their church as teachers and mentors to young couples.