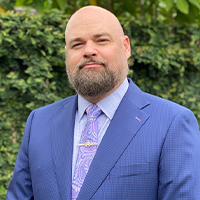 Houston Attorney Brian J. Stansell is an experienced litigator who handles car accident and personal injury cases at Smith & Hassler. He is licensed to practice law in Texas.

In his spare time, Attorney Stansell enjoys playing the guitar as best as he can.